There are various forms of knowledge. Some examples and definitions follow.

Tacit knowledge is the knowledge that you know but cannot explain with sufficient detail that someone else can reproduce your actions.

“This Japanese Shrine Has Been Torn Down And Rebuilt Every 20 Years for the Past Millennium” In addition to reinvigorating spiritual and community bonds, the tradition keeps Japanese artisan skills alive.

Most software at Google gets rewritten every few years.

“This may seem incredibly costly. Indeed, it does consume a large fraction of Google’s resources. However, it also has some crucial benefits that are key to Google’s agility and long-term success. In a period of a few years, it is typical for the requirements for a product to change significantly, as the software environment and other technology around it change, and as changes in technology or in the marketplace affect user needs, desires, and expectations. Software that is a few years old was designed around an older set of requirements and is typically not designed in a way that is optimal for current requirements. Furthermore, it has typically accumulated a lot of complexity. Rewriting code cuts away all the unnecessary accumulated complexity that was addressing requirements which are no longer so important. In addition, rewriting code is a way of transferring knowledge and a sense of ownership to newer team members. This sense of ownership is crucial for productivity: engineers naturally put more effort into developing features and fixing problems in code that they feel is ‘theirs’. Frequent rewrites also encourage mobility of engineers between different projects which helps to encourage cross-pollination of ideas. Frequent rewrites also help to ensure that code is written using modern technology and methodology.”

More on tacit knowledge, this time from Samo Burja: “Before video became available at scale [through YouTube], tacit knowledge had to be transmitted in person, so that the learner could closely observe the knowledge in action and learn in real time — skilled metalworking, for example, is impossible to teach from a textbook. Because of this intensely local nature, it presents a uniquely strong succession problem: if a master woodworker fails to transmit his tacit knowledge to the few apprentices in his shop, the knowledge is lost forever, even if he’s written books about it. Further, tacit knowledge serves as an obstacle to centralization, as its local transmission provides an advantage for decentralized players that can’t be replicated by a central authority. The center cannot appropriate what it cannot access: there will never be a state monopoly on plumbing or dentistry, for example.”

The pyramids were built on tacit knowledge: “Although we failed to match the best efforts of the ancient builders,” noted team leader Mark Lehner, “it was abundantly clear that their expertise was the result not of some mysterious technology or secret sophistication, but generations of practice and experience.”

And yet another instance of knowledge loss: “In 2007, as the government began overhauling the nation’s stockpile of W76 warheads—the variety often carried by Ohio-class submarines—officials at the National Nuclear Security Administration realized they couldn’t produce an essential material known as ‘Fogbank.’ What purpose this substance actually serves is classified, but outside experts have suggested that it’s a sort of exploding foam that sits between the fission and fusion portions of hydrogen bombs. The Government Accountability Office reported in March that NNSA’s effort to recover its Fogbank-making ability had resulted in a yearlong, $69 million delay in the refurbishment project. And a government official with knowledge of the situation tells Mother Jones that further Fogbank-related delays are imminent.”

By way of someone, here is a talk from Jonathan Blow about the importance of tacit knowledge. In it, Blow recalls a section from Robert Colwell’s oral history, about the loss of knowledge in the early computer industry:

Eventually, Rich Lethin and I made a pilgrimage down to TI in Richardson, Texas and we said as best as well can tell many of your chips don’t work properly. And does this come as a surprise to you? I half expected them to say, “what you are out of your mind! You’ve done something wrong. Come on, you don’t know what you’re doing. Go use somebody else’s chips.” But no, they said “Yeah we know, let me see your list.” And they looked at the list and said “here is some more that you don’t know about.” And we went “Thank you very much. This is what we needed.” At lunch I asked them “how did this happen?” and by the way it wasn’t just TI. Their parts were no worse than anyone else. Motorola’s were no good, Fairchild’s were no good, they all had this problem. And so I asked TI, “how did the entire industry fall on its face at the same time?” We are killing ourselves trying to work around the shortcomings in your silicon. And the guy said “the first generation of TTL was done by the old gray beard guys that really know what they are doing. The new generation was done by kids who are straight out of school who didn’t know to ask what the change in packaging would do to inductive spikes.”

If we could travel back in time, would we be of great use to our ancestors? Probably not. We would chatter to them about scientific advances we did not fully understand, based on supportive technologies which would not be available, & without knowing what they already knew.

I﻿n response to this thread, Will posted

We also have cases of educated men of science in the late 19th century traveling to visit remote non-literate forager populations and dying pretty rapidly because they didn’t know how to survive in the environment in ways the local people knew how. 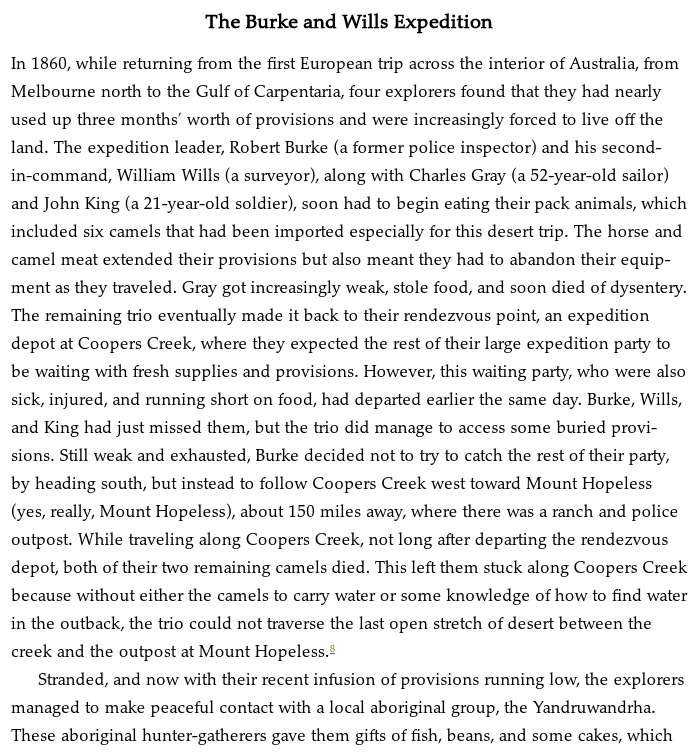 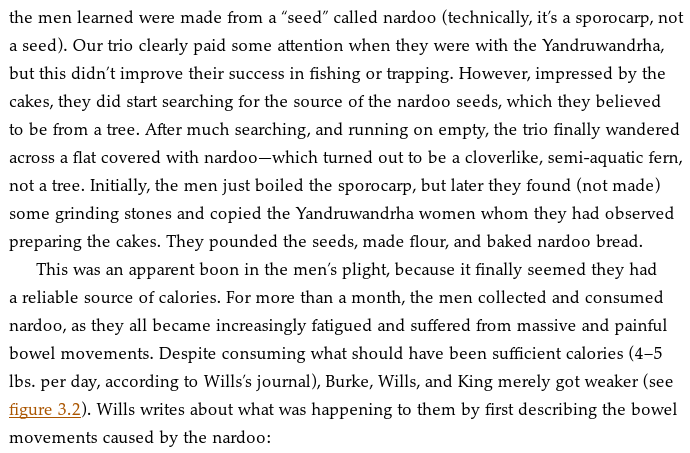 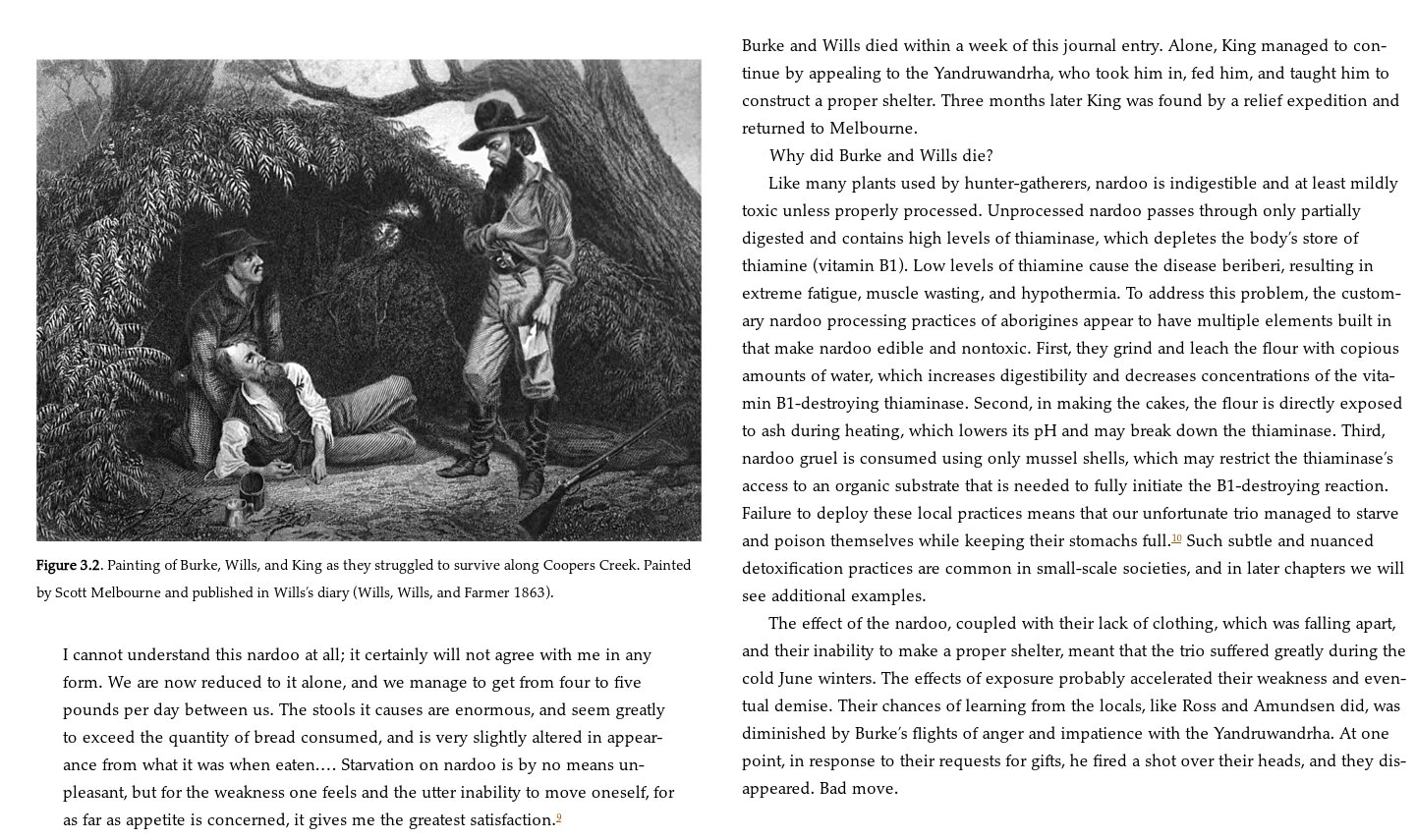