A vital question of our time springs from the noosphere: 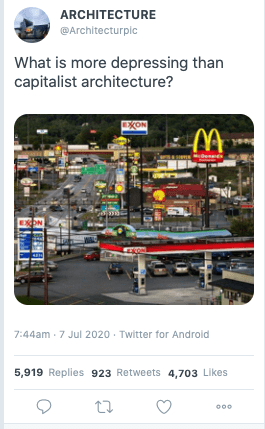 Who knows of the sincerity of the post, but that’s Breezewood, PA. It’s a hellish place when I-70 comes to a grinding halt before it dumps into the Penna Turnpike. There should be a proper interchange between the two, and yet, Breezewood lives on as a series of red lights.

The place is a unique horror within the United States. “I’ve been everywhere except for North Dakota,” trucker Kevin Hendry told the Wall Street Journal in 1999. “I’ve never seen any place like this-an interstate stopping at a red light!”

What originally began as a pit spot, grew when the Federal-Aid Highway Act of 1956 barred federal funds on projects that would send drivers directly from a free road to a toll road. Because of the abrupt stop to red lights, this spot became a Hotelling point, coaxing hotels and gas stations to locate in the area. A loop around the site has been in the works for ages, but the last time a serious effort was pushed in Congress, it was batted down by Bud Shuster, a Republican congressman that represented the area. So, what began with poor planning continues to exist with cronyism.

Had an interchange been built in the 1980s, the gas stations and hotels now at Breezewood would probably have stopped growing and eventually redistributed along the entire transportation line. There would still be gas and food, but it wouldn’t be the space it is now. It would be like any other highway interchange which dots the landscape of the United States.

So yes, the place is aesthetically atrocious in some regards. But I also have memories of it as being a respite in the middle of a snow storm. Having passed through Breezewood numerous times in my life, journeying from Washington DC to Illinois, one builds a relationship with the place. Like so many other relationships, I’m conflicted. In part, I hate it. But, then again, I’ve also stopped at the Sheetz just out of the picture frame to get gas. I’m a big fan of that Sheetz.

Mitchell is right that capitalism is often equated with cronyism, but the nest of Breezewood isn’t the fault of capitalism as much as this gas station is: 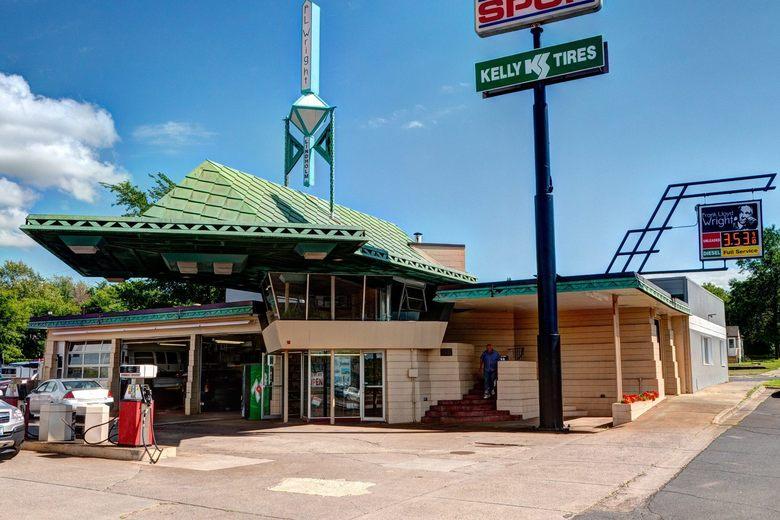 Like many other spaces in the United States, Breezewood is embodied by the Protagorean spirit of contradiction. I’m not alone in liking the Breezewood Sheetz, while hating the rest of the area, as others also attested: 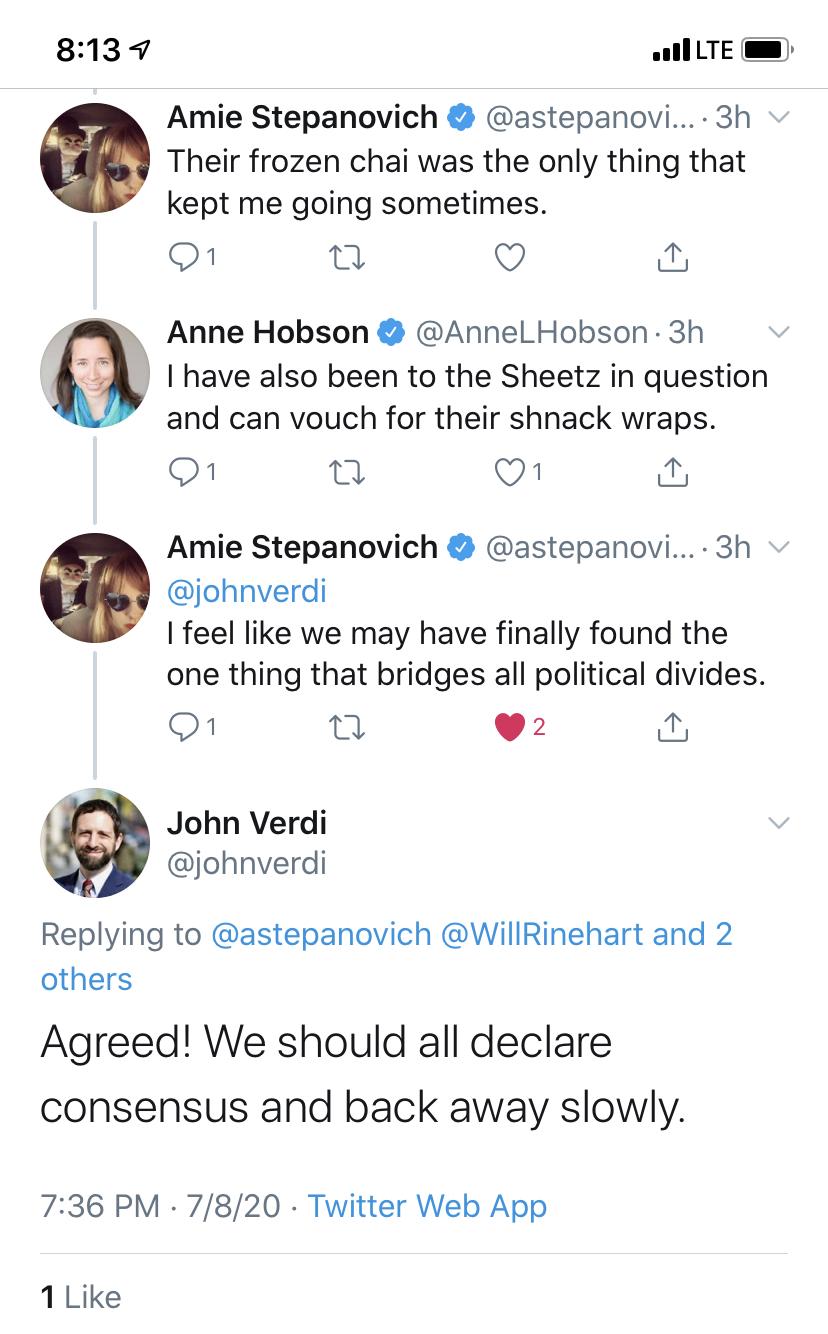 Considering again the original tweet, what I love it for is what it says about our current moment. It is the perfect mimesis of an argument. And to be clear, I find most of the current pop commentary on capitalism to be bad mimesis. The image is taken from a distance and yet it makes a bold statement about the world. It lacks context and memory. It’s disembodied and unsituated. The present world is rooted in contradictions and histories and counternarratives. But don’t let that get in the way of a dull point about capitalism.

Imagining a different world is one game that Marxians like to play, so let’s imagine another, less cronyist, version of Breezewood. Instead of the red lights, there is an interchange, much as there is an interchange at Effingham, Illinois along the same road, I-70. While there are also gas stations and motels along the road in Effingham, there is also Firefly Grill, not far from that interchange. I’ve eaten food here with my parents, sat out on the patio, and watched the sun set. 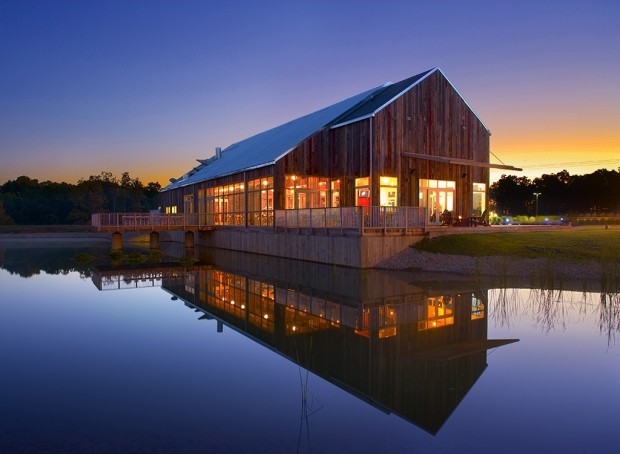 Firefly exists because it can capture some of the traffic from Chicago heading south as well as people making treks across the United States via I-70. Would it be possible if it were located somewhere else in Southern Illinois? Unlikely. This place is quite the opposite of a hellish landscape and yet it still exists because of cronyism and political whim. In short, the spirit of contradiction runs deep.